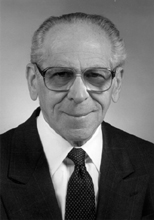 This three-minute excerpt is posted here by permission of the producers, Andrew Lyman-Clarke, Editor/Distribution Associate, Witness Films, 802-578-3625. The film was directed and the interview was done by Philip Singer, Ph.D. See http://www.witnessfilms.com/documentary. If you would like to purchase the hour-long documentary interview with Professor Szasz, go to http://www.witnessfilms.com/documentary.
It is definitely worth purchasing the hour-long film. These film makers are first rate.

The purpose of this site is to advance the debate about Thomas S. Szasz's basic ideas and their practical implications.

This is the only official Szasz site. It was created, constructed, and produced by Jeffrey A. Schaler, Ph.D. with the permission and guidance over the course of many years from his close friend and colleague, Professor Thomas S. Szasz. This site was given to Dr. Schaler by Dr. Szasz. All rights reserved.

I produced and created this site as a public education service. I make no money on this site. Anyone and everyone is free to use material on this site, however, we do require that if you use material, please acknowledge the source, that is www.szasz.com, and include the following statement with any photograph or text that you want to use:

Reproduced with the permission of Jeffrey A. Schaler. All rights reserved.

Please note: Neither Thomas S. Szasz, MD, nor Jeffrey A. Schaler, Ph.D., are "anti-psychiatrists." We both believe in psychiatry between consenting adults. We are opposed to institutional psychiatry and coercion. We are not opposed to contractual or consenual psychoanalysis, psychotherapy, or counseling, what have you, as long as the designated client is able to fire his or her therapist at any time. Obviously we do not consider drugs as medicine for behavior. If people want to take drugs to control the way they think, feel, behave and perceive, by all means they should be free to do so. See Szasz's important work: Antipsychiatry: Quackery Squared, published by Syracuse University Press, Syracuse, NY, 2009. See the review by Dr. Ron Roberts in The Freeman, September 22, 2010.

It is my hope that I will establish a "szasz blog" here on the site, for contributions and discussions.